Posted by Unknown at 4:41 AM No comments:

Commissioning of WAN by M/S Sify under IT Modernization Projec

Commissioning of WAN by M/S Sify under IT Modernization Project

Guide on the Right to Information Act, 2005 - updated Version.
CLICK HERE TO VIEW
PAYMENT OF INCENTIVE / COMMISSION FOR PLI & RPLI THROUGH POSB ACCOUNTS 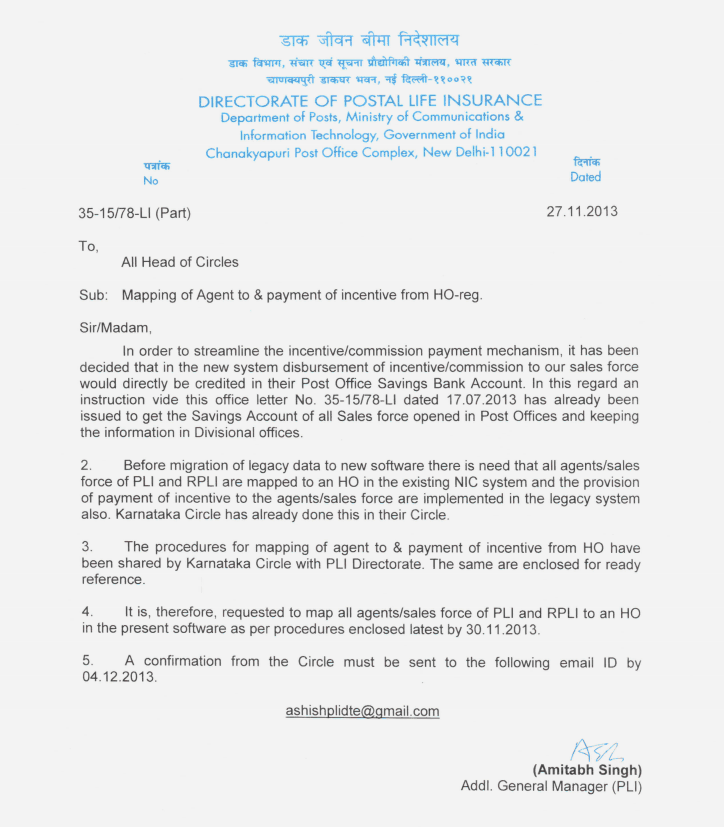 
Friday 29 November 2013
JCM (DEPARTMENTAL COUNCIL) MEETING
JCM Departmental Council meeting was held on 27.11.2013 under the Chairpersonship of Ms. P. Gopinath, Secretary, Department of Posts at Dak Bhawan, New Delhi. The discussion lasted for more than four hours. All the notified items of the agenda are discussed. The minutes will be published on its receipt. Secretary, Posts and Chairperosn, JCM (DC) has made it clear that no circle level item will be entertained in the JCM (DC) and all the Circle level items should be discussed in the circle level JCM (Regional Council) meetings. Only those items which are not settled at circle level JCM will be discussed in the JCM (DC). For that the reply given by the Chief PMGs in the Circle JCM should be submitted. All General Secretaries and Circle Secretaries, Please note.
COM. M. KRISHNAN, ELECTED AS LEADER, JCM STAFF SIDE
The JCM (DC) staff side meeting held on 26.11.2013, elected unanimously Com. M. Krishnan, Secretary General, NFPE, as the Leader, JCM Staff Side, in the place of Com. K. V. Sridharan who retired from service. Com. Giriraj Singh, General Secretary, R-3 NFPE will continue as Secretary, JCM Staff Side.
CADRE RESTRUCTURING COMMITTEE MEETING


The meeting of Cadre Restructuring committee was held at Dak Bhawan, New Delhi on 27.11.2013 at 3 PM. Shri V. P. Singh, DDG (P) and new chairperson of the Committee presided the meeting. General Secretaries of P3, P4 and R3 Unions of NFPE and FNPO participated as staff side members. Earlier proposal of the staff side was once again presented before the new chairman and other officials side members. Chairman assured that Department’s proposal will be ready within 15 days and thereafter another meeting will be held shortly with the staff side and the committee’s proposal will be finalized.
Posted by NFPE at 5:26 pm No comments: