(i) for the words ‘‘three thousand and five hundred rupees’’ at both the places where they occur, the words ‘‘seven thousand rupees or the minimum wage for the scheduled employment, as fixed by the appropriate Government, whichever is higher’’ shall respectively be substituted;

(ii) the following Explanation shall be inserted at the end, namely:—

‘Explanation.—For the purposes of this section, the expression ‘‘scheduled employment’’ shall have the same meaning as assigned to it in clause (g) of section 2 of the Minimum Wages Act, 1948.’

4. In section 38 of the principal Act, for sub-section (1), the following sub-section shall be substituted, namely:—

‘‘(1) The Central Government may, subject to the condition of previous publication, by notification in the Official Gazette, make rules to carry out the provisions of this Act.’’.
DR. G. NARAYANA RAJU,
Secretary to the Govt. of India.
Authority: http://egazette.nic.in/

Discontinuation of Interview at Junior Level Posts in the Government of India- recommendation of Committee of Secretaries. (Click the links below to view orders) 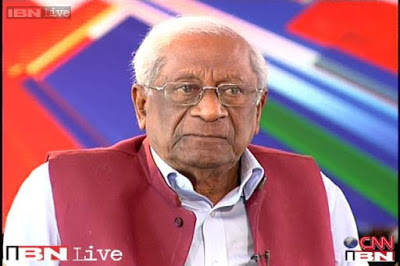 Comrade A.B.Bardhan one of the towering leaders of Indian Left Movement has breathed  his last on 2nd January, 2016. It is very sorrowful to see that the dawn of the New Year 2016 comes with the shocking news of the demise of Comrade Bardhan. We can remember that Comrade Bardhan played a major role in unifying the left forces in India as well as the trade union movement in India. The coming together of all trade unions in one platform is a prerequisite to put up a strong offensive against neo-liberlism that is attacking the interests of all sections of working people all over the world. Comrade Bardhan's demise is an irreparable loss to the Indian Working Class, Indian People. AIPEU JABALPUR pays its profound homage to the departed leader Comrade Bardhan! We dip our banner and flag in respect of Comrade Bardhan!

A one man Committee to examine the wage structure, service conditions, etc. of the Gramin Dak Sevaks in the Department of Posts has been constituted by the Government of India.

a)      To examine the system of Branch Post Offices, engagement conditions and the existing structure of wage and enrolments paid to the Gramin Dak Sevaks and recommend necessary changes;

d)     To examine and suggest any changes in the method of engagement, minimum qualification for engagement as Gramin Dak Sevaks and their conduct and disciplinary rules, particularly keeping in view the proposed induction of technology in the Rural Post Offices.

The Department of Post has 2.6 lakh Gramin Dak Sevaks. All these GDSs will come under the purview of GDS Committee.
NNK/MD(Release ID :134097)
Posted by Unknown at 9:16 AM