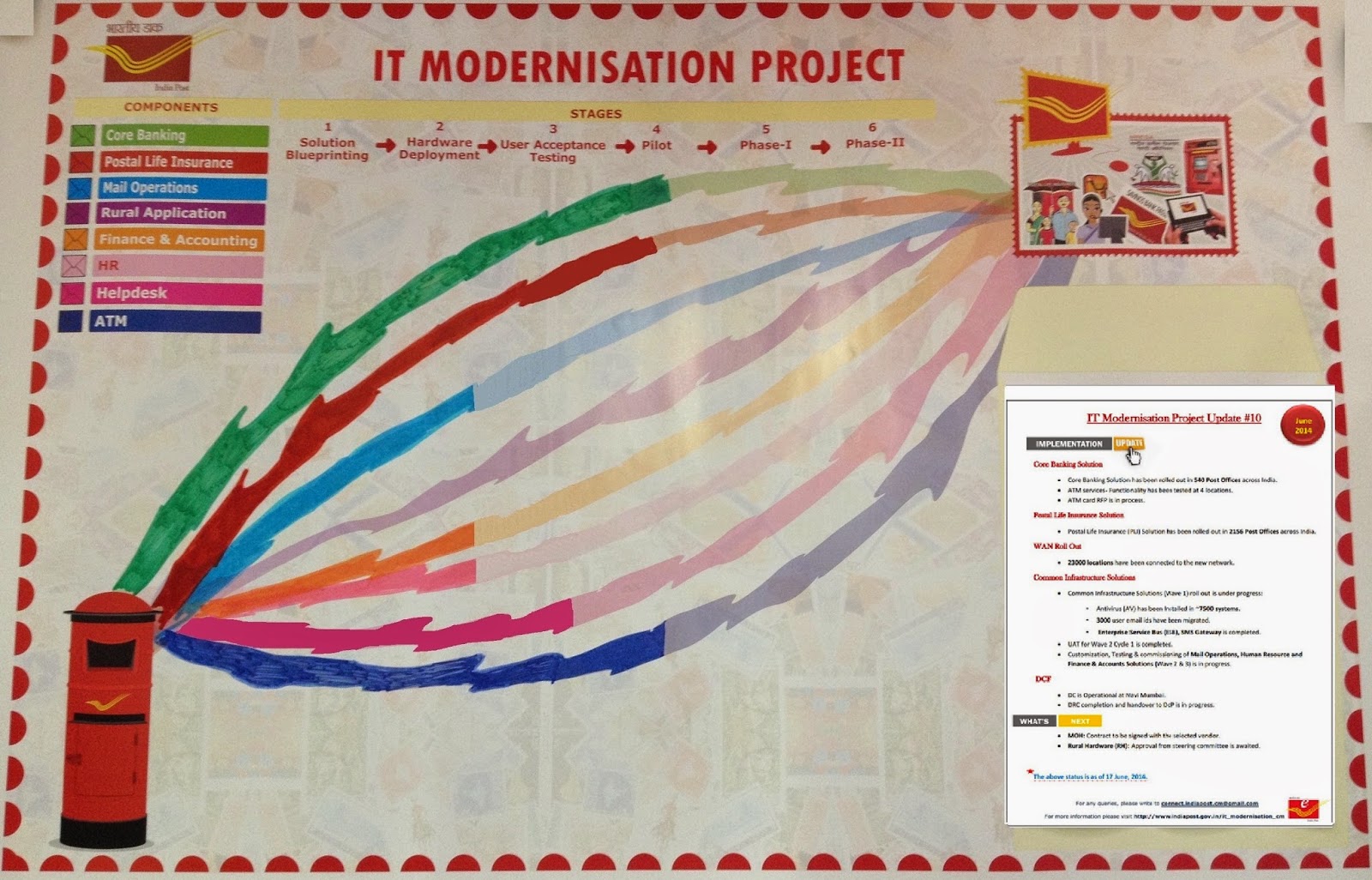 Times of India News regarding Server failure in Post office 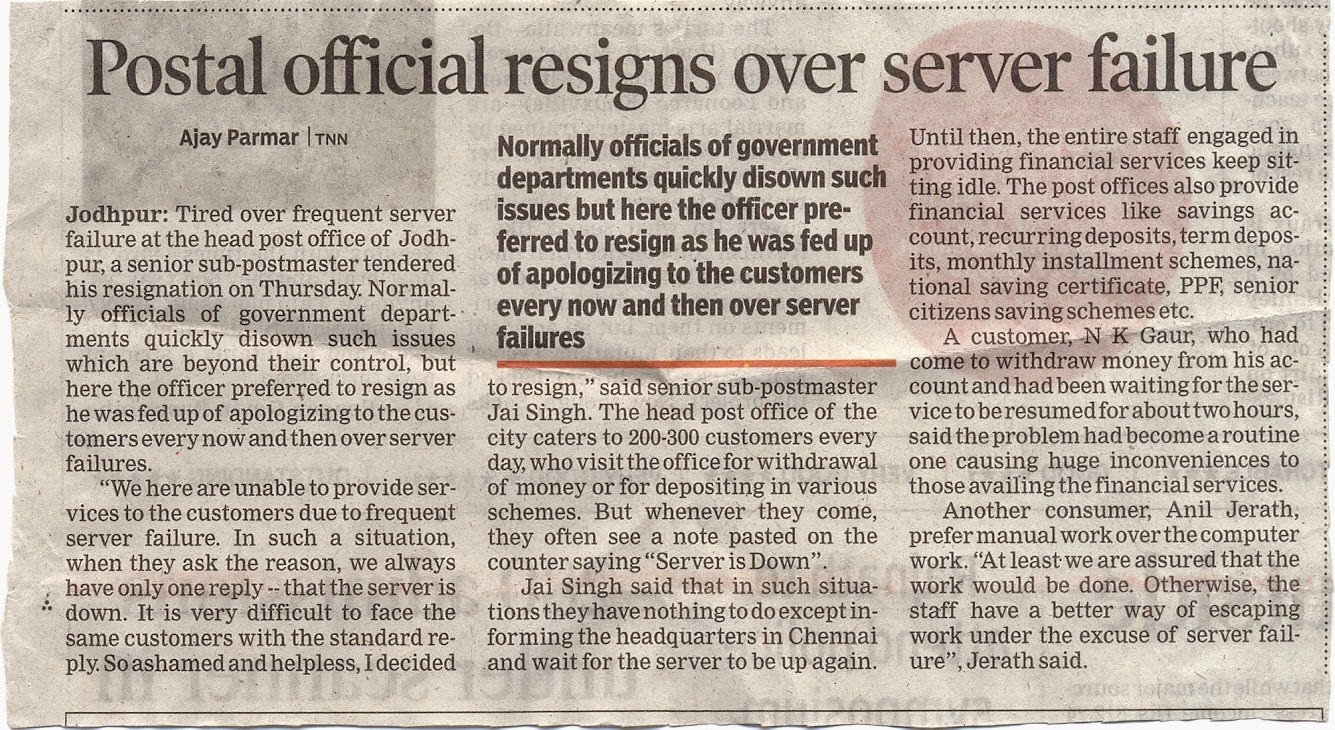 NEW DELHI: In what could bring relief to nearly five million Central government employees, the Narendra Modi government has decided to amend the Lokpal and the Lokayukta Act to give itself a statutory power to withhold certain information from the public.

All Central staff, as per the latest order of the Department of Personnel and Training (DoPT), have to declare their assets and liabilities, both movable and immovable, as well as those of their spouses and dependents latest by September 15. All these information would then be put up by the respective ministries on their website accessible to everyone.

A number of representations received by the government from officials expressed fear that putting details of movable assets such as jewellery and cash in hand and bank would pose a security threat to them and their dependents, leave their children vulnerable to kidnapping and ransom demands. For instance, an official said he has put all savings in general provident fund which has accumulated to Rs 75 lakhs over a period of time. Putting this information in the public domain would leave him and his family members vulnerable.

The amendment also makes it clear that it will have no impact on the current asset declaration guidelines. The officials will have to continue declaring all their assets - movable and immovable as per the previous directive. Only difference the proposed amendment will make is to ensure certain information is not made public.

The DoPT is working on the proposed amendment and has already taken a view from the law ministry to bring in the required changes. Any fresh amendment will not impact the current declaration deadline of September 15 which is applicable for all employees.

Once these declarations are received by the government, it is for the respective ministries to put them up on its website accessible to all, except those related to the movable assets for which an amendment is required to implement it.

GUIDELINES REGARDING USE OF PHOTOGRAPH OF HON'BLE PRIME MINISTER IN ADVERTISEMENTS 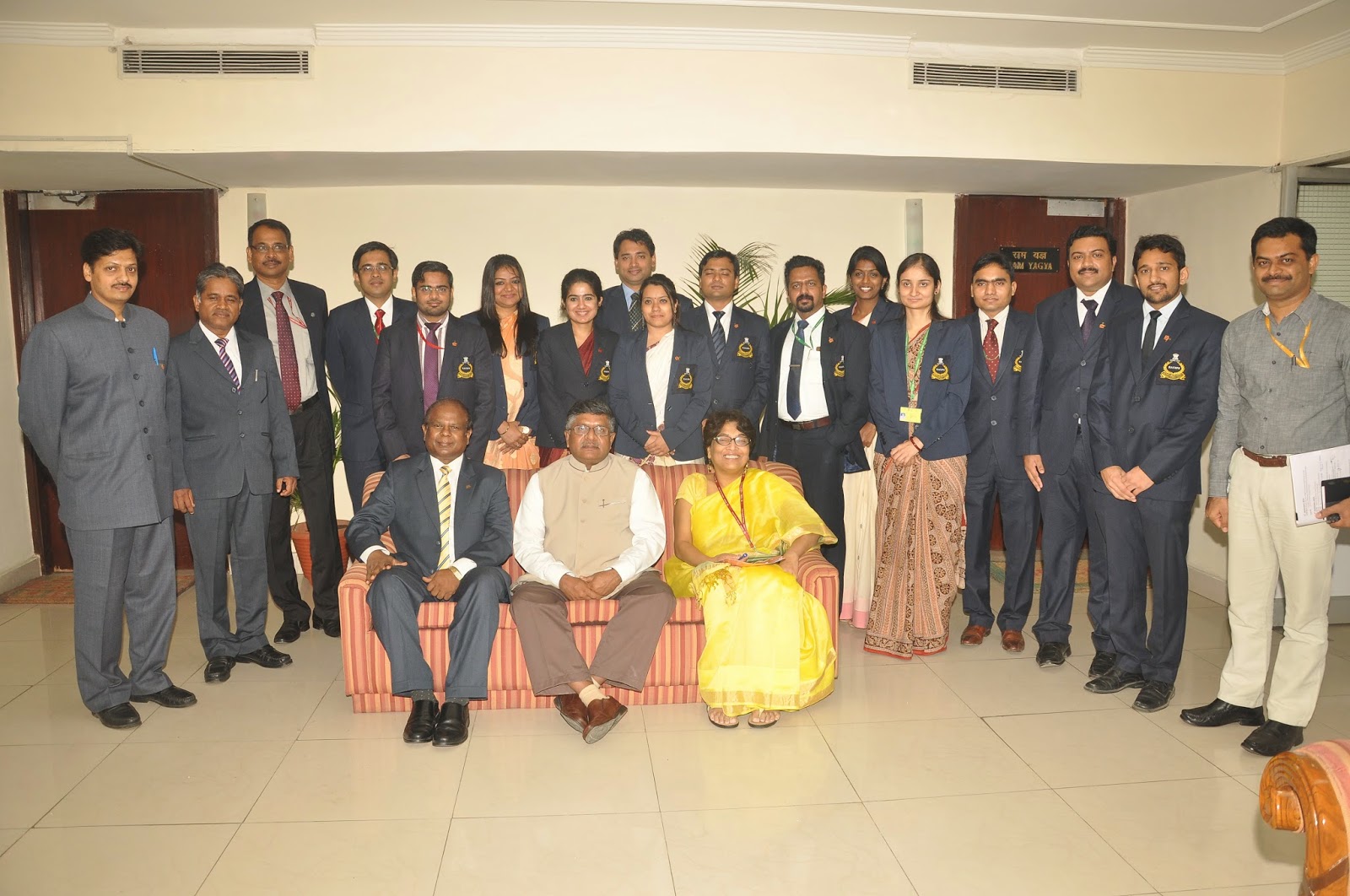 Shri  Ravi Shankar Prasad, Hon’ble Minister of Communications & IT and Law & Justice, met 13 Probationers of the 2013 batch of the Indian Postal Service at Sanchar Bhawan on 4th September 2014. Secretary, Department of Posts and Director, Rafi Ahmed Kidwai National Postal Academy were also present during the interaction.

While addressing the Probationers, the Hon’ble Minister highlighted the need to expose the young officers to the latest developments and emerging trends in the postal and logistics sectors. The Minister also highlighted the Digital India project of the Government of India to make broadband facility available in every village across the country. This would drive up e-Commerce business in villages. With its unparalleled rural reach, India Post would be best suited to offer delivery services to e-Commerce players. The Post Office can also become a focal point for delivering not only Government services but also e-services to the people as in e-service centres, apart from commercially remunerative services for corporate/private players including conducting market surveys, information dissemination, promoting digital literacy etc.

In conclusion, the Minister urged the going officers to drive change in work culture, focusing on provision of public services by all employees as public servants, & shed the mantle of being “Officers”.
Centre may drop mandatory Police Verification for Govt Jobs- PRESS NEWS


The Centre is considering a move to drop mandatory police verification of candidates selected for government jobs and may accept self-attestation certificates from them.

The issue of omitting the need of police verification of people getting selected for government jobs and applying for passports is under consideration of the Ministry of Home Affairs, official sources said.

The MHA is likely take a view of state governments and other stakeholders in the matter, they said.


A concept note on the matter by the Ministry of Personnel, Public Grievances and Pensions also favoured replacement of police verification in various works including for the purpose of issuance of passport and for government jobs.

It needs to be considered if this can be eliminated as (i) the police check is only about any criminal cases for which the persons concerned do provide necessary declarations and remain liable for false declaration; (ii) the police report is perfunctory as it covers the last place of residence only; (iii) in any case, neighbours' affirmation appears to have little meaning, the note says.

As part of its effort to reform the public service delivery system and bridging the governance deficit, the Centre is promoting self attestation in place of notarised affidavits for a big chunk of government-related work.

Prime Minister Narendra Modi has recently sought minimum use of affidavits and a shift to self-certification, so as to benefit the common man.

"In a citizen-friendly initiative, all ministries and departments of the union government, and all state governments, have been asked to make provision for self-certification of documents in place of affidavits.

"The requirement of attestation by gazetted officer is also sought to be replaced by self-certification by the citizen," the Prime Minister's Office has said in a release.

Release of additional installment of Dearness Allowance to Central Government employees and Dearness Relief to pensioners due from 01.07.2014

The Union Cabinet chaired by the Prime Minister, Shri Narendra Modi, today gave its approval for the release of an additional installment of Dearness Allowance (DA) to Central Government employees and Dearness Relief (DR) to pensioners with effect from 01.07.2014. This is an increase of seven percent over the existing rate of 100 percent of the Basic Pay/Pension, to compensate for price rise.

The increase is in accordance with the accepted formula, which is based on the recommendations of the 6th Central Pay Commission. The combined impact on the exchequer on account of both Dearness Allowance and Dearness Relief would be of the order of approximately Rs. 7691 crore per annum and Rs.5127 crore respectively in the financial year 2014-2015 (i.e. for a period of eight months from July, 2014 to February, 2015).
CLOSING OF CENTRAL GOVERNMENT OFFICES IN CONNECTION WITH THE BYE-ELECTION O THE PARLIAMENTARY CONSTITUENCIES AND ASSEMBLY CONSTITUENCIES IN STATE ASSEMBLIES ETC. DURING  SEPTEMBER,2014.CLICK HERE FOR DETAILS 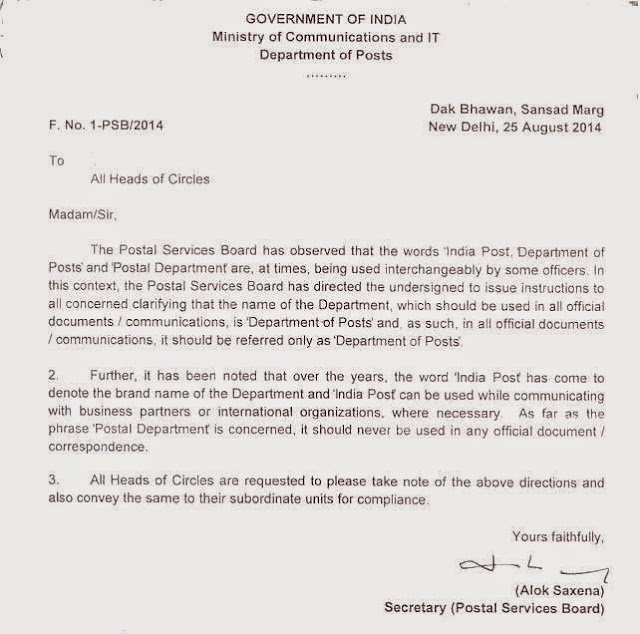 Finance Minister Approves Setting-up of A Committee to Examine un-Claimed Amount Remained in PPF, Post Office and Savings Schemes and Recommend how this Amount can be Used to Protect and Further the Financial Interest of the Senior Citizens.

The Union Finance Minister Shri Arun Jaitley has approved the setting-up of a Committee under the Chairmanship of Deputy Governor, Reserve Bank of India(RBI) to examine un-claimed amount remained in PPF, Post Office, Savings Schemes etc and recommend how this amount can be used to protect and further the financial interest of the senior citizens.

The Finance Minister, vide para 39 of his Budget Speech 2014-15, had announced that "a large amount of money is estimated to be lying as unclaimed amounts with PPF, Post Office, Savings Schemes etc. these are mostly out of  investments belonging to the senior citizens and on their demise, remain unclaimed for want of relevant payment instructions" and has proposed to set-up a Committee to examine and recommend how this amount can be used to protect and further financial interest of the senior citizens.

Accordingly, with the approval of the Union Finance Minister, a Committee has been set-up with the following composition:

National Savings Institute
The Terms of Reference (TOR) of the Committee would be:

·         Based on defined scope, by Reserve Bank of India, estimation of amount lying unclaimed under various scheme's (Small Savings and other Savings Schemes of banks) with Post Offices/ Public Sector Banks;

·         Procedure for bringing such unclaimed deposits to a common pool to be suggested by the Committee. Changes, if any, required to be made in the legal framework may be suggested. Committee to also suggest if such a pool should be placed within Government account or outside it.

·         Committee to recommend how this unclaimed amount can be used to protect and further financial interests of the senior citizens.

The Committee will submit its Report by 31st December 2014.

POSTAL EXAM : UPDATE AS ON SEPTEMBER 03, 2014
Schedule of Paper II (Computer Skill Test) for the following Postal Circles is as follows:

Candidates for the above mentioned Postal Circles may check their status for Paper I by Logging into the website. Candidates, shortlisted to appear in the Paper II, may download the Admit Cards

Please keep visiting the website for exam schedules for other Postal Circles & updates.