ANSWER
Minister of State in the Ministry of Personnel, Public Grievances and Pensions and Minister of State in the Prime Minister’s Office. (DR. JITENDRA SINGH)
(a) & (b): Yes, Madam. As per information received from 59 Ministries/Departments/Central Government Offices, the representation of Scheduled Castes and Scheduled Tribes in the Central Government Departments/Ministries, as on 1.1.2013, was 17.52% and 7.74% respectively.
(c) & (d): Reservation in Central Government jobs for Scheduled Castes/Scheduled Tribes employees is provided at the rate of 15% and 7.5%, respectively, in all Groups in promotion by non-selection method and upto the lowest rung of Group A in promotion by selection method.
(e): As per information received from various Ministries/Departments/Central Government Offices, the percentage of SCs, STs and OBCs, in Group A, B, C and D positions as on 01.01.2010, 01.01.2011, 01.01.2012 & 01.01.2013 are given in the Annexure.

Annexure referred to in reply to Part (e) of Lok Sabha Unstarred Question No. 2022 for 23.07.2014
JCM (Staff Side) Secretary writes to Finance Minister 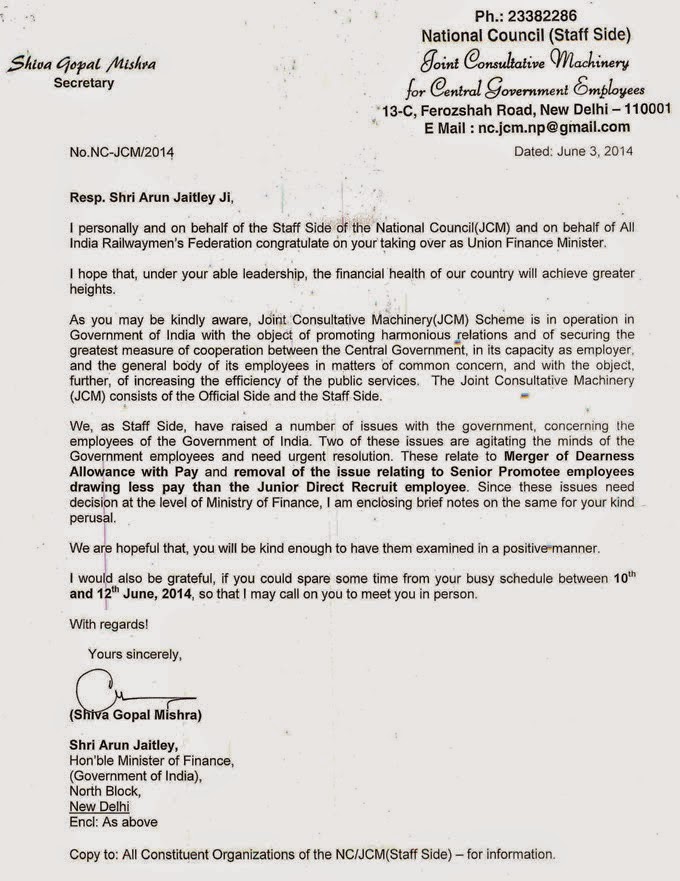 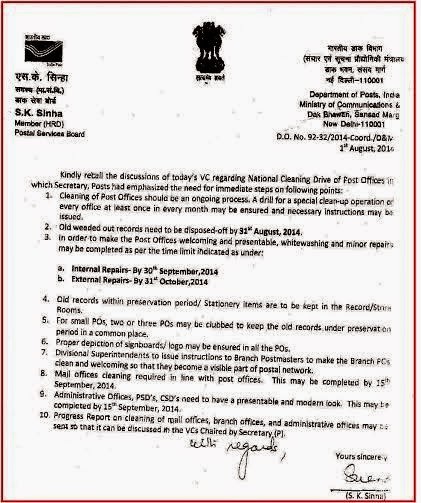 Employment to the dependant on compassionate grounds

GOVERNMENT OF INDIA
MINISTRY OF PERSONNEL, PUBLIC GRIEVANCES AND PENSIONS
LOK SABHA
UNSTARRED QUESTION NO 1928
ANSWERED ON 23.07.2014
EMPLOYMENT TO DEPENDANTS

Will the Minister of PERSONNEL, PUBLIC GRIEVANCES AND PENSIONS be pleased to state:-
(a) whether there is a provision in the Government to provide employment to the dependant of a person who dies in harness on compassionate grounds;
(b) if so, the details of the rules laid down in this regard;
(c) whether there is a provision to give jobs to these dependants within a prescribed time-limit;
(d) if not, the reasons therefor; and
(e) the details of the number of such cases pending alongwith the time by which they are likely to be disposed of, Ministry/ Department-wise?

The commission has, in its first phase of interaction, been seeking the views of various stakeholders on its terms of reference. To this end, meetings have been held in Delhi with various organisations and heads of various agencies.

In its second phase of interaction, the Commission plans to hold meetings in different parts of the country to facilitate stakeholders staying in various areas to present their views personally before the Commission and ensure larger representation. This exercise is being undertaken to enable the Commission to get a firsthand impression about the functioning and the condition of service prevailing in different parts of the country.
Accordingly, the Commission, headed by its Chairman, Justice Shri A. K. Mathur, proposes to visit Bengaluru between 25th August and 27th August 2014. The Commission would like to invite various entities/associations/federations representing any/all categories of employees covered by the terms of Reference of the Commission to present their views.
Your request for a meeting with the Commission may be sent through e-mail to the Secretary, 7th Central Pay Commission at secy-7cpc@nic.in . The memorandum already submitted by the requesting entity may also be sent as an attachment with this e-mail. An early response in this regard would facilitate proper scheduling of the meetings.

Record Note of the meeting of the Standing Committee of National Council (JCM) held on 7.5.2014 - Dopt orders
CLICK HERE FOR DETAILS
Posted by NFPE at 4:53 PM No comments: Links to this post

"No proposal for grant of Interim Relief to Central Government employees is at present under consideration of the Government." Ministry of Finance has replied to a question in Rajya Sabha as under:-

GOVERNMENT OF INDIAMINISTRY OF FINANCE
RAJYA SABHA
QUESTION NO 2814
ANSWERED ON 05.08.2014
Interim relief of 7th Pay Commission for Central Government Employees
2814 Shri T.K. Rangarajan
Will the Minister of FINANCE be pleased to satate :-

(a) the present status of the 7th Pay Commission for the Central Government Employees;

(b) whether Government has finalized proposal to give Interim Relief; and

(c) if so, the quantum of relief?
ANSWER
MINISTER OF STATE IN THE MINISTRY OF FINANCE (SMT. NIRMALA SITHARAMAN)

(b) & (c): No proposal for grant of Interim Relief to Central Government employees is at present under consideration of the Government.